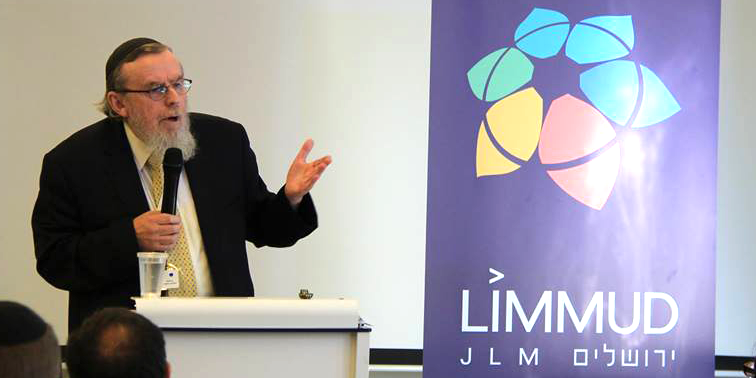 What I love most about Judaism is its enormous courage. It dares. It avoids neither obstacle nor critique. It enjoys a good fight in order enrich itself. It loves to confront and provoke. It is a protest movement against all sorts of “isms,” but above all, against small-mindedness. Its task is to disturb; to fight complacency and spiritual conceit. Judaism teaches that one cannot inherit religion. One needs to fight for it and earn it. To be religious is to live in a state of warfare: to be constantly wary of clichés while struggling for insight; to avoid obstinacy and remain flexible; and, perhaps most important, to refuse to let practice become mere habit, and to strive to maintain spiritual and moral alertness.

I am a child of a mixed marriage and was raised in a completely secular environment. My discovery of Judaism has been an ongoing revelation over many decades. I studied in the ultra-Orthodox “Yeshivath Beth Yosef” in Gateshead, England, for eight years and then continued learning in other yeshivot in Israel. For many years I have studied secular philosophy, and the more I learn, the more I realize that Judaism is much greater than what I learned in these yeshivot and what philosophy has taught me. Judaism still has scaffolding, which I believe should remain while the building continues, never to end.

And so I love to go to Limmud, to listen and to teach. Limmud is a place where I am challenged, where I hear new things (including some utter nonsense), where I can fall in love with my fellow Jews, laugh and cry with them, and share my commitment to and struggles with Judaism. (What I believe Limmud must insist upon, however, is not inviting anti-Semitic journalists (as happened many years ago in London) and self-hating Jews (as apparently happened in Sydney this year). Pluralism does not mean that anything goes. “The peak of tolerance is most readily achieved by those who are not burdened with convictions,” said Alexander Chase (2). Those who stand for nothing will fall for anything!

I enjoy hearing lecturers specifically when I know I am likely to disagree with their conclusions. These lectures challenge me to re-examine my beliefs because they offer many profound critiques of Judaism. Sometimes I agree with these critiques, sometimes not. But one thing is surely true: Judaism today is far too dedicated to defensive self-preservation—to propping up sacred cows, which need to be slaughtered before it is able to re-discover itself.

Limmud offers me the entire Jewish world in a microcosm. As one who teaches Judaism, I need to know what is happening in the larger Jewish world—all the struggles, the differences of opinion, the paradoxes, and the pain of many of my fellow Jews who don’t fit into an easily definable box but still love being part of our great endeavor. I am confronted daily with the accusation that Judaism has stagnated; that it is terribly dogmatic; that it no longer advances bold ideas; and that it offers little to the many young Jews who are looking for more spiritual lives. Sadly, I agree. The irony is that the teachings and practices that comprise Judaism were designed to avoid just such a scenario. I ask myself: Can I reformulate or, more accurately, help to revitalize Judaism so that it will once again represent a vibrant way of living, without letting go of what I believe are its fundamentals? I think I can, but I need Limmud to help me hear the voices of all these searching souls.

In truth, I believe that most religious Jews—whether Orthodox, Conservative or Reform—including myself, do not know how much more Judaism has to offer. It contains multitudes; it encompasses a world of sublime ideas, which we have not even begun to grapple with.

I have been asked by several Orthodox rabbis not to participate in Limmud because by so doing I lend legitimacy to other denominations. I respectfully disagree. Just like the Internet, Limmud is a marketplace. Should I not make use of the Internet at all because within its vastness exist opinions with which I partially or completely disagree and which I sometimes find a bit repulsive or silly? Why should I deny the many hundreds of Limmud participants the opportunity to hear a (hopefully) intelligent word on what Judaism is or what I believe it should be? Why should I offer Limmud on a silver platter to schools of thought I respectfully disagree with, although I do believe that some are fascinating? By telling its rabbis not to participate, doesn’t Orthodoxy give the impression that it fears the other denominations? I love to sit on panels where representatives of other Jewish religious movements will argue with me. I have a lot to learn from them, and they from me.

In fact, I think all these denominations should realize that the time has come to see where they agree. While it is true that there are differences of opinion, some of them very serious, it is also true that over the last few years important changes have taken place in all these branches—including the Orthodox—which I believe lay the foundation for new opportunities where cooperation is possible, even on an ideological and halachic level. Each denomination must leave its own comfort zone and learn to take risks. Though reluctance to do so is often seen as a sign of weakness, one should not make the mistake of believing this to be the full story. The stubbornness to compromise is also related to the fact that one cannot put reconciliation before one’s conscience. Judaism is much more than politics, economics, science or even philosophy. It is an entirely different category, and not even unity for the sake of unity can be its final goal. Its aim is to achieve kedusha (holiness) and live accordingly. And what has become clear in the last tens of years is that what unites all these readings of Jewish tradition is more fundamental than what divides them. (On Shabbath, I had the privilege to pray and speak at an Orthodox Synagogue in Melbourne—famously called Shira Chadasha—where women read and were called up to the Torah, and lead parts of the service while a proper mechitza (partition between men and women) included even the bima!)

I want Judaism to be what it really always used to be: a tradition where ideas can be tested, discussed, thought through, reformulated and even rejected, with the understanding that no final conclusions have ever been reached, can be reached or should be reached. Matters of faith should remain fluid, not static. I want my fellow Jews to fall in love with traditional Halacha—not defensive, but prophetic Halacha. After all, Halacha is the practical upshot of living by unfinalized beliefs while remaining in theological suspense. Only thus can Judaism avoid becoming paralyzed by its awe of a rigid tradition or, conversely, evaporate into a utopian reverie.

Thanks to Limmud, I was given the opportunity to be challenged, teach, and increase my commitment to a vibrant Judaism.